It is a weakness of mine that all my half finished posts take a backseat to a hot guy.

Well, apparently it is Megane Day so who am I to break tradition.

I still have yet to watch the second season of Durarara!! but I really did enjoy the first one. It had a slow start but once you see the piece come together around episode 7 your mind will be blown (click bait confirmed).

After paging through the many many many men from sports anime… I decided to go in a different direction. I went with the “gentle” giant Shizuo Heiwajima.

Which he kind of is…

He does have a gentle side and he hates the fact that his temper gets the best of him. He relates his anger to his strength. Shizuo takes the burden of his loneliness on himself because he believes that is what he deserves. He wants his power to be used to protect someone/something but he isn’t sure what it is yet. Also he is always afraid of hurting those he loves. 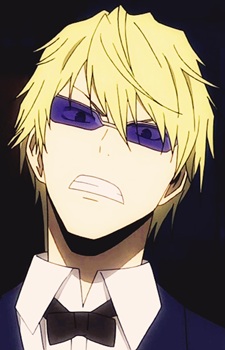 One of my favorite things is him running around shouting his nemisis’s name. I know it is weird but I kind of find his animal rage adorable. 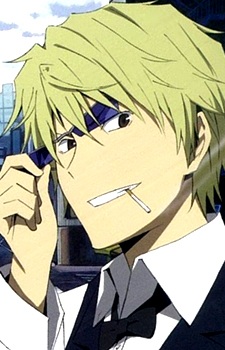 In the end he is a pretty stand up guy and would make a super loyal friend. Even though he doesn’t need his glasses to see… He is my pick for Megan Day!

Anime for the soul. View all posts by kimchisama

22 thoughts on “Do Sunglasses Count?”