The room is dark. The screen casts a glow on the pale fixated face. The bloodshot eyes blink slowly as they say, “Only one more episode.”

There is no time or meaning during a kdrama binge.

I feel like a zombie coming back to life. Sortof. I can’t make any promises.

I’ve been immersed in the land of Oppa’s. Watching kdrama after kdrama and kpop reality shows. My sleepy mind cleared for a moment while watching the documentary from BTS this last week. I’ve come to think of the men called Oppa and the ideal built around this them.

As far as I know no other country comes close to the Korean Oppa as far as idols are concerned. 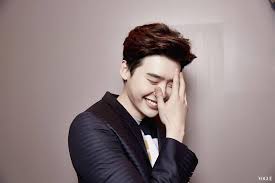 In facebook groups and all over social media women call out to these men as their “Oppa” or their stan.

I am fascinated about what exactly makes this obsession with these men so successful.

haha but it is way more than how these men look. Even though it is a large part of it. All the idols in Korea have to be very careful with their appearance and weight.

Something struck me while I watch the BTS documentary. RM was talking about how he “has become RM” and it is hard for him to “remember who he is” They are putting on this character for the crowds.

So what makes an Oppa?

They don’t date in real life. That is part of the fantasy they sell in Korea. That these men are single and devoted to their fans.

They are kind, thoughtful, the real life prince, and available.

This isn’t an act for just the kdrama or the stage. Every social event this is how they act. There is even more pressure for them to act like the perfect Oppa. Because if they falter the fallout for these men is enormous. Up to even “fans” protesting that they leave their kpop group or not act in another drama. I know I’m just talking about how it is for men but honestly it can be worse for the women who are idols in Korea.

Why is it so bad? Sure in the states we have tons of scandals concerning stars but they generally don’t suffer forever (depending). But in Korea they are selling the “Oppa” and it isn’t just supposed to be on screen. It takes over their lives.

Taking the Disney prince to the extreme real life version.

Maybe you can think “Well, they knew this is what would happen.” Maybe so but I still find it a bit sad.

There seems to always be a cost for achieving extreme success. I wish that these actors and singers could have a bit of a normal personal life.

I’m thankful to them and the escape they give from the real world. They make it seem better somehow and I hope that they are happy even though it is probably hard to even go down to the store just to grab something to eat.

Take care in these strange times 🙂

Anime for the soul. View all posts by kimchisama